I still sometimes get surprised by what trying to tell tales of tombstones can uncover. Yesterday, I was interested in John Redfiern (or Redfearn, and later Redfern) of Washington County, Georgia mainly for the way he pronounced and spelled his surname. Then I discovered – thanks to Joy Smith and her public family tree – this nugget from Washington County, Georgia Tombstone Inscriptions (pub. 1967) compiled by Elizabeth Pritchard Newsom. It was under the heading of "A Strange Headmarker."

The second was a strange but enduring object used as a headstone to mark a grave. It was a glazed piece of turned clay pottery shaped like a bell jar, about sixteen to eighteen inches tall and nine to ten inches in diameter at the base. Near the base the sides flared into a slight lip or flange, and this, covered with earth, gave it great stability. The domed top offered the greatest possible resistance to breakage from falling trees and limbs which damage many slabs and monuments. The bottom was not open, however, as that of a bell jar, but had a flat base with a round finger size opening in its center like that of an earthen flower pot… 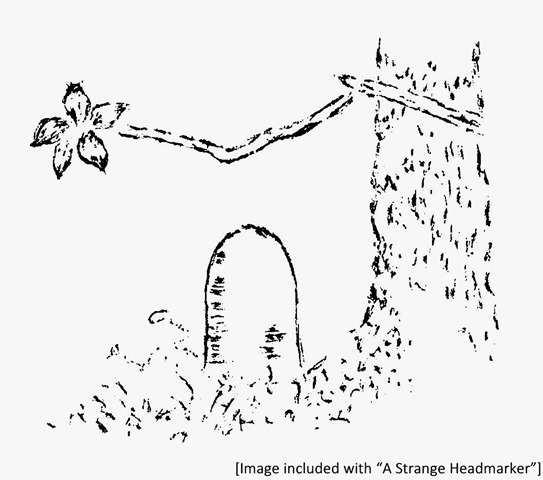 The author explained that "several were carefully examined, and not one bore any mark to preserve and reveal the identity of the one who rests under it." And then there's this:

Not far away there once lived a Mr. Redfearn [emphasis mine] who was a potter, I was told. Only a few bricks and daffodils blooming in springtime mark the site of his home in the valley of Cowpen Creek. Perhaps it was he who created these unique, but nevertheless pleasant, utilitarian and lasting objects that today keep us pondering…

This latter part clicked for me because the 1860 Sandersville, Washington County, GA Federal census noted John's brother, William Andrew, to be occupied as a potter.

A book titled Brothers In Clay: the Story of Georgia Folk Pottery, authored by John Burrison and first published by the University of Georgia Press in 1983,  provides some history in Chapter Nine: Northern Washington County. The Redfern family was one of the key names of about twenty potters of the area. Mr. Burrison noted marked examples are rare, and "main form" products were food jars and syrup jugs. A particular "specialized form" product was "closed-top (dome or cone) cylindrical grave pots."

The northern triangle of Washington County, above the village of Warthen and including Hamburg State Park, lies in the Fall Zone about halfway between Augusta and Macon and fifteen miles from any major town. Despite the paucity of detailed information on the local ceramic tradition, the fact that the first recorded Georgia stoneware was made there, and the role this small pottery center appears to have played in the early development of the two other (more extensive) middle Georgia centers – eastern Crawford County and Jugtown – make northern Washington County the logical place to begin this survey.

Assistant State Geologist George Ladd briefly described the community in 1898, which must have been just before the local tradition played out: "Washington county…has a number of small potteries, operated in a manner, similar to those in Crawford county. The wares are made, at intervals during the year, and are disposed of, by peddling through the country. The leading potteries are those of J. M. Bussell, John Redfern and Andrew Redfern…"

Mr. Burrison wrote specifically of the father of John and Andrew a few pages later:

By 1838 the Redfern family, with Branson Redfern at its head, had settled in Washington County, having migrated by way of Hall County from Anson County, North Carolina. Of Branson's five sons, two are definitely known to have been potters on Cowpen Creek: John and William Andrew. Cylindrical, uninscribed grave markers in a local cemetery, with closed dome- or cone- shaped tops and only the bottom dipped in a smooth green glaze, are attributed to them.

[By the way. I initially struggled to find an image of what I think Elizabeth Newsom was describing (and penciled above), but think I finally found something here with the Sickness and Death in the Old South project at TNGenWeb.]