By S. Lincecum 01 February
Roy Knox Culpepper, according to his tombstone, was born 2 April 1934. Army records, describing his service during the Korean War, suggest he was born in 1932. I think Roy might have fudged his age to get in.

I wish he hadn't. 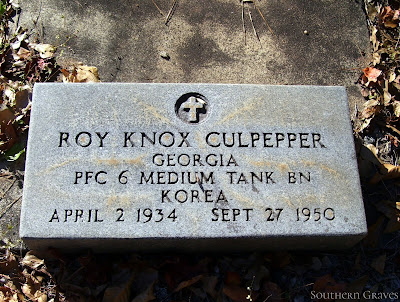 His parents, Mr. and Mrs. C. R. Culpepper were notified of his death by the Department of Defense Sunday.

The classmates of the young soldier are planning a memorial service. He would have been a senior this year but instead of returning to school he entered the army six months ago.

It was almost a year before his remains arrived home for burial in the Culpepper Family Cemetery. His parents, Clifford (1892-1974) and Lucille (1894-1979), would eventually be laid to rest nearby. 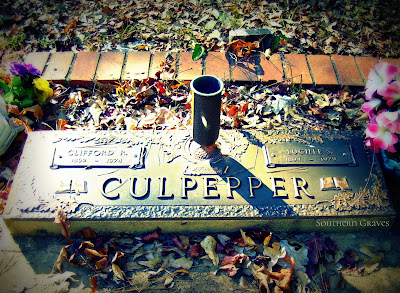