By S. Lincecum 04 February
The original acreage of Indian Springs State Park was "acquired" from the Creek Native American tribe in 1825, and has operated as a park ever since. 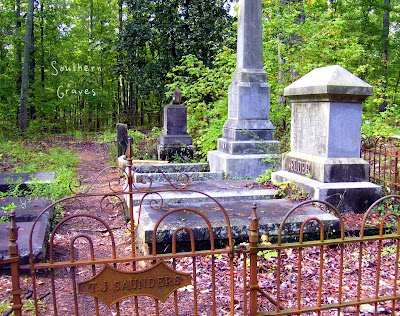 My one and only visit to a cemetery located within the boundaries of Indian Springs State Park at Butts County, Georgia was back in September 2007. More than a decade ago, there was a ton of overgrowth, broken tombstones, stones knocked off their bases, crumbling surrounding structures, and general disrepair. Rumor has it, the condition of the cemetery only worsened.

An article in the Jackson Progress-Argus (Georgia) dated 25 March 2014 stated two organizations -- the Friends of Indian Springs State Park and the Butts County Genealogical Society -- were working together to begin restoration of the cemetery. Following are two images captured for Google street view two years later in 2016:

These images, as well as another article from another year later (2017), suggest progress is slow. I know it's thankless work to a large extent, but I hope the groups involved see it to completion. 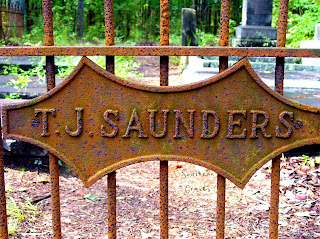 Thomas J. Saunders was born 4 July 1809, likely in North Carolina, and later married Elizabeth Patterson 14 June 1838 in Butts County, Georgia. The couple, based on census records and tombstones, appear to have had ten children. In addition to Thomas and Elizabeth, seven of those children are memorialized in the family lot at the cemetery of Indian Springs State Park.

One stone in the lot was, at one time, topped with an obelisk bearing a carving of an anchor of hope on one side and a cross with an intertwining vine of roses with buds on the other. 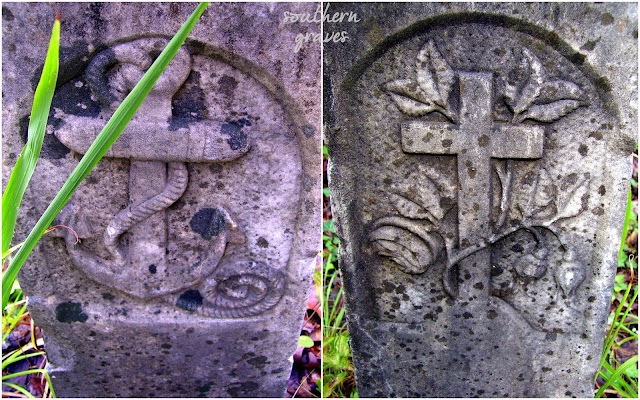 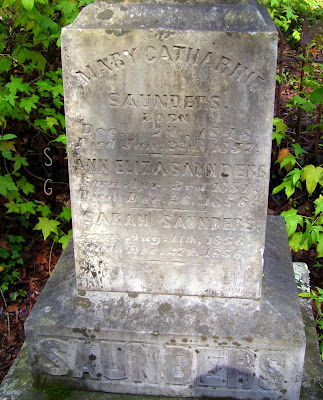 The base was still standing in 2007, and it bore inscriptions on all four sides:

[Notice Thomas and Elizabeth lost three daughters over the span of just 27 days. Caused by a wintertime sickness of pneumonia or influenza, perhaps.] 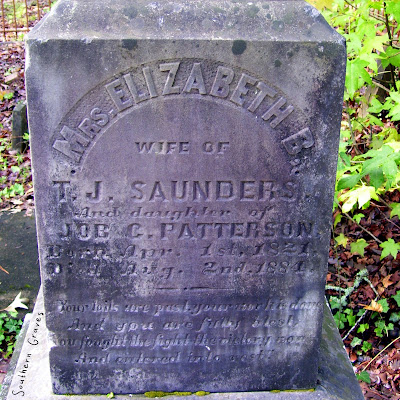 Mrs. Elizabeth B.
Wife of T. J. Saunders
And daughter of Job C. Patterson
Born Apr 1st, 1821
Died Aug 2nd, 1884
"Your toils are past your work is done,
And you are fully blest.
You fought the fight the victory won,
And entered into rest."

I was able to find an obituary for Mrs. Saunders in the 13 August 1884 Macon Telegraph (Georgia):

Mrs. Saunders was the daughter of the late Job Patterson, of Alabama, from whom she inherited, eminently, a character of rare worth. In the sacred relation of wife and mother her crowning virtues found their true sphere. She was one of those noble women of her day who recognized the true mission of her life, in devotion to all the practical duties of home. In this sacred precinct she labored with heroic energy and self-sacrifice, through long years of acute physical suffering.

During her last days on earth her body was comparatively free from pain, and she talked calmly and quietly to each member of her family, leaving with them loving and practical lessons of life and death. Till her last moments she fully retained her mental faculties, and, with a "heart full of love for all mankind," she was resigned to her Master's call. If the best medical skill of the land, administered by the tender hand of a noble and only son, the watchful devotion of husband and daughters could stay the angel of death, then our friend would be with us still, for surely nothing was wanting that generous love could supply.

Words can never express the desolation that the heart feels for such a bereavement. A mother's place can never be supplied. God, and time, alone, can give us strength to endure life, and see the silver light to the cloud that has darkened life. 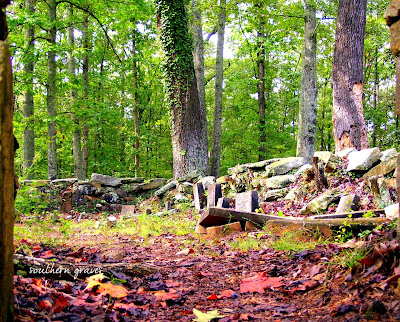 The last two sides of this family tombstone were for the men and boys:

[Job was a member of Company A, 30th Regiment, Georgia Infantry. I do not know the cause of his death, however.]

Two more children of Thomas Saunders and Elizabeth Patterson have tombstones in this family lot. First is Troy Simon Saunders, M.D. (1844-1891). He was the "noble and only son" mentioned in Elizabeth's obituary, and his tall obelisk was intact at the time of my visit. 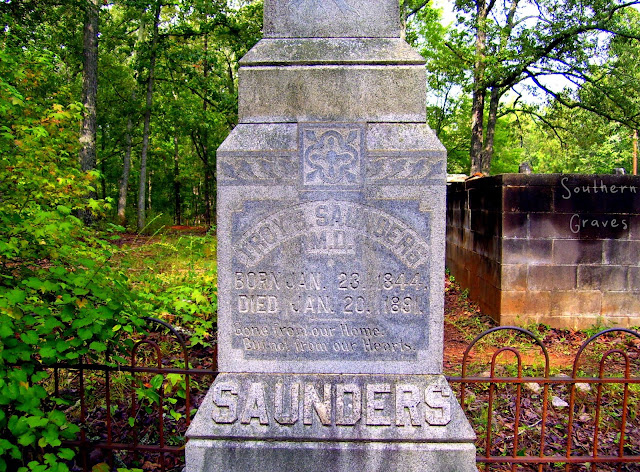 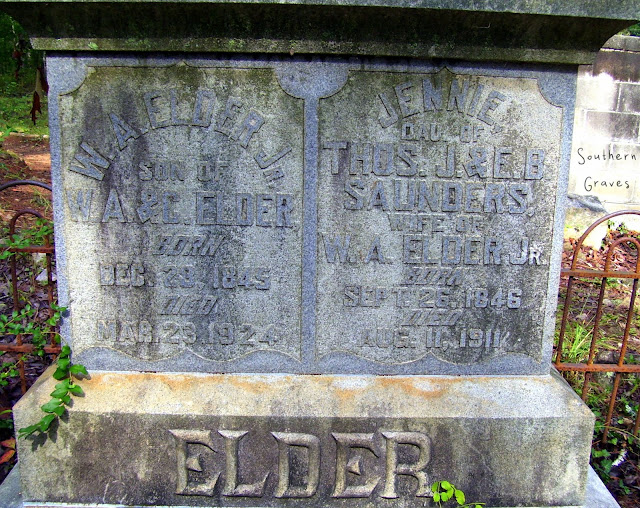 Based on census records alone, other possible children of Thomas Saunders and Elizabeth Patterson were: