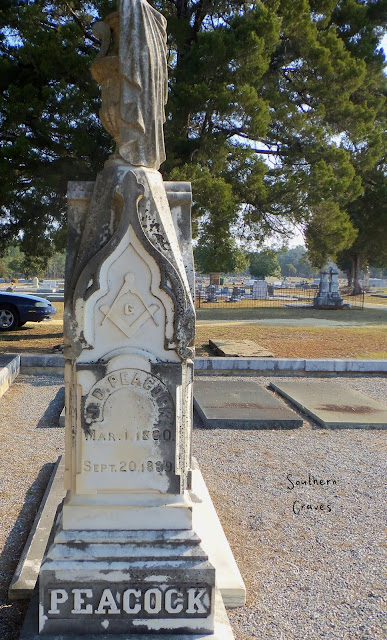 
FOUND DEAD IN HIS BED.

Mr. Peacock of Seville Dies Suddenly at Hawkinsville.
HAWKINSVILLE, Sept. 20. -- [Special.] -- Mr. Jeff Peacock of Seville was found dead in his room at the Joiner House here this morning. He complained before retiring of feeling cold and ordered a fire made in his room. This morning about 10 o'clock a gentleman called at the hotel to see him and the porter went to his room to wake him.

Getting no response to his summons an entrance was forced, when the unfortunate gentleman was found dead in his bed. Death undoubtedly resulted from heart disease, as he has had occasional symptoms of it for years.

Mr. Peacock was once a resident of Hawkinsville, but business interests claiming his attention elsewhere, he moved to Seville about a year ago. 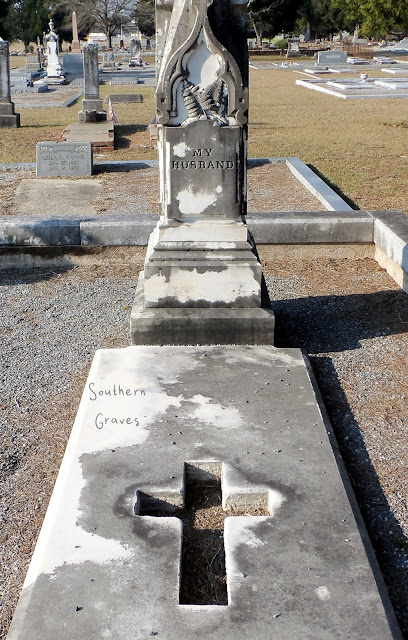 See the fern branches on the side of Jeff's tombstone pictured above? According to Douglas Keister, author of  Stories in Stone: A Field Guide to Cemetery Symbolism and Iconography, the fern represents "humility, frankness, and sincerity."