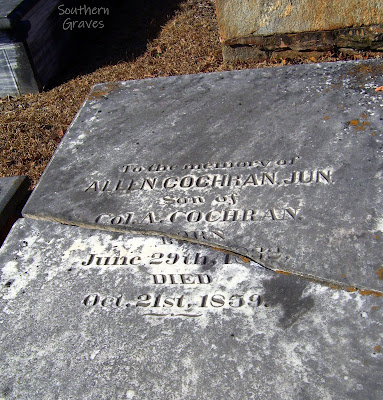 The death of Allen Cochran, Jr. was front-page news:


Death of Allen Cochran.
Again it becomes our melancholy task to record the death of one of our most esteemed and valuable citizens -- one whose social qualities endeared him to all who enjoyed his acquaintance. Kind, affable and generous, were the loading [sic] qualities of his disposition, and as a friend, his heart was always full of warm and sincere affection. As he trod the difficult and devious paths of life, it was his good fortune to keep his robes unsoiled by the vile corruption which polutes [sic] those ways. The history of the life of a deceased friend may convey a useful lesson to the living. The story therefore of Allen Cochran, who has been cut down in the prime of manhood, may be told in few words. His life was an instance in which true greatness was combined, without the aid of those brilliant qualities whose rare assemblage the world calls genius. He was a man of sound judgment, with a determination to pursue the right, while his capacity of mind led him to gather wisdom from experience. His whole soul would have sickened under a sense of personal dishonor. These marked traits of character gained for him the esteem and confidence of all who knew him. He died at the residence of his father, in Forsyth, Georgia, on Friday, the 21st day of October, 1859. "Peace to his ashes." -- Albany Patriot 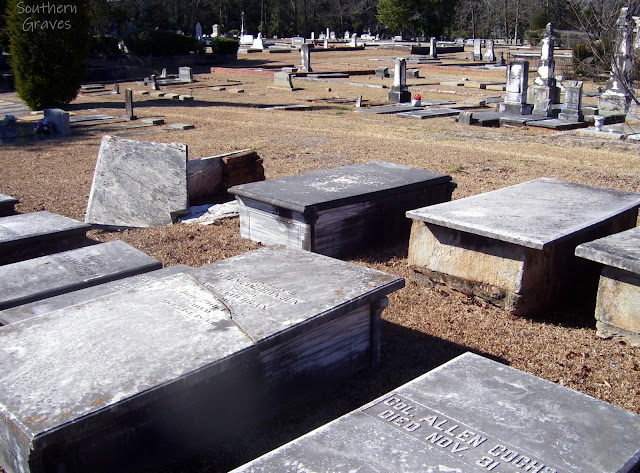 Young Allen's box tomb is in a row of several at Forsyth Cemetery in Monroe County. Alongside his remains are those of his father, uncle, and two brothers.