Joseph B. Power, Son of Jesse and Emily 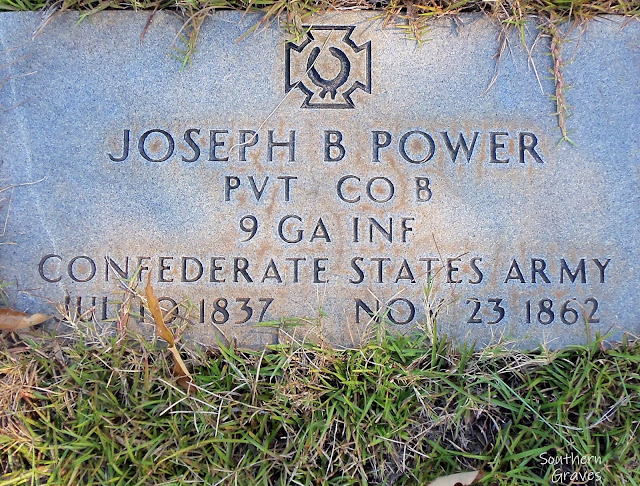 According to Ancestry's Civil War Soldier Records and Profiles database, Joseph enlisted as a Private in Company B, Georgia 9th Infantry Battalion on 9 May 1862. He was mustered out upon his death six months later. The Southern Banner (Athens, GA) published the following on 10 December 1862:


Died Nov. 23d, 1862, of typhoid fever, Joseph B. Power, aged 25 years 4 months and 11 days. He was a son of Jesse and Emily; he died at the residence of Martha Power, his mother-in-law, in Madison county. He has left a wife and one child to mourn their loss; and also a large circle of relatives; but we hope that their loss is his gain, as he has been a member of the Baptist church for a number of years.

"Blessed are the dead which die in the Lord, from henceforth; yea, saith the Spirit, that they rest from their labors, and their works do follow them." A FRIEND.

Joseph was buried in Fork Cemetery at Madison County. Later, his father and wife were, too.