Amanda M. Banks was a Lady of Modesty and Refinement 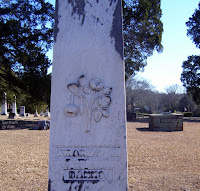 Per her tombstone in Forsyth Cemetery at Monroe County, Georgia, Amanda was born 22 February 1825. She died at the age of 27 years, 3 months, and 3 days. A striking line inscribed on her stone is, "Life's no pleasure to me." These same words are found in the Scottish ballad, "Young Aikin."


O let him take frae me my head,
Or hang me on a tree;
For since I've lost my dear lady,
Life's no pleasure to me. 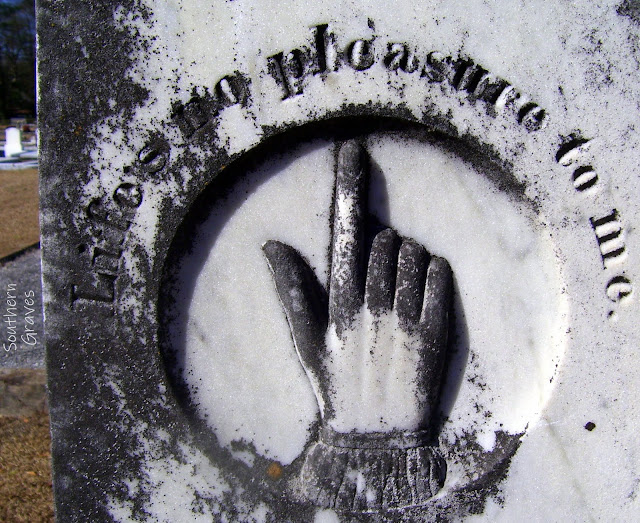 An obituary follows. It mainly speaks to Amanda's "Christian spirit." 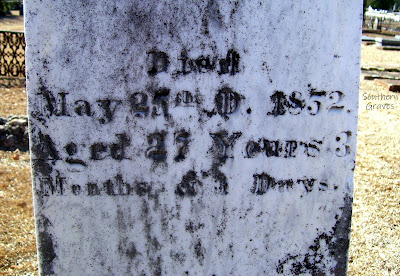 
DIED,
On the 25th May, aged about 27 years, Mrs. AMANDA M. BANKS, wife of Joseph R. Banks of Pike, and daughter of A. and N. Davis of Monroe county, Ga. Although she never made an open and public profession of an experimental faith in Christ, such was her Christian spirit, her godly conversation and upright walk, that no one could distinguish her from the most devoted member of the Church. She was a lady of modesty and refinement, and such were her exalted views of the Christian character and purity of the Church of Christ, and such her humble and unobtrusive views of herself, that she did not unite herself with its membership. During her protracted and painful affliction, as well as while in health, the Bible was her constant companion; and could she have talked before her death, she would, no doubt, have given evidence of its power to save in the hour of affliction and death. Those who knew her best believe that but few better Christians have lived or died. S. M. SMITH.

Those last lines are from a hymn "for the use of the people called Methodists" oft-titled, Death of a youthful Believer, from a collection curated by Rev. John Wesley (1703-1791).