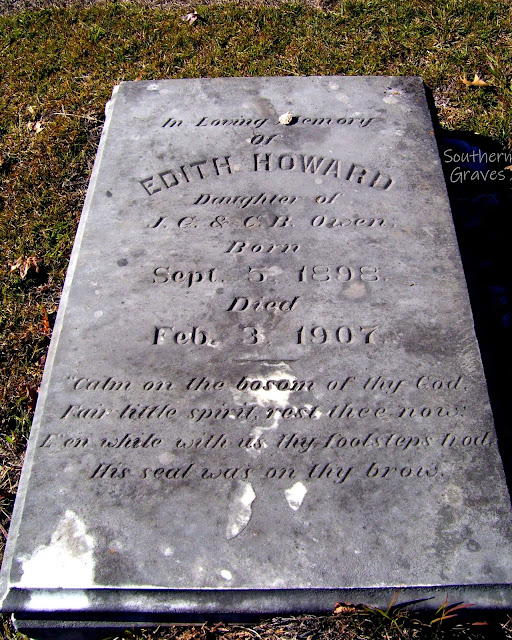 
Died.
WAVERLY HALL, Ga., Feb. 4. -- Little Edith Owen, daughter of Mr. and Mrs. J. G. Owen, died this morning after a brief illness. She was an unusually bright and attractive child, beloved by all.

Upon her death on 3 February 1907, Edith was laid to rest in Waverly Hall Cemetery at Harris County, Georgia. A portion of her epitaph reads as follows:

Calm on the bosom of thy God,
Fair little spirit, rest thee now!
E’en while with us thy footstep trod,
His seal was on thy brow. 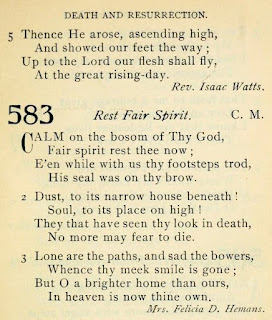 These lines are from a "death and burial" hymn written by Felicia Dorothea Browne Hemans about 1823. The second stanza:

Dust, to its narrow house beneath!
Soul, to its home on high!
They that have seen thy look in death
No more may fear to die.

Years later, a third stanza was added and all first published under the title, "A Dirge."

Lone are the paths, and sad the hours,
Since thy meek spirit’s gone;
But, O, a brighter home than ours,
In heaven, is now thine own!