Sarah A. Dick Lived to a Good Old Age 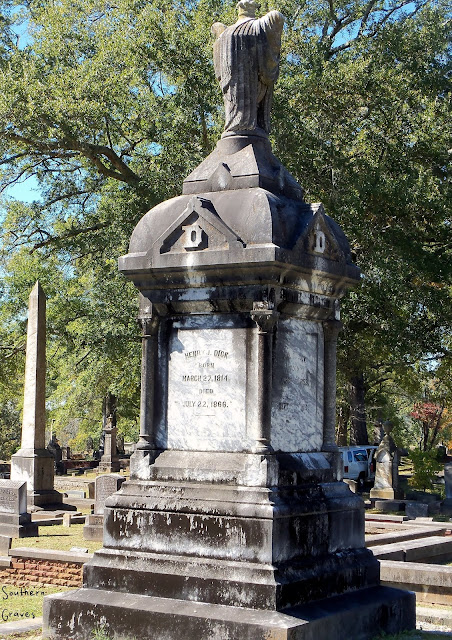 An obituary for Sarah follows.

DIED. -- Mrs. Sarah A. Dick died in this place on last Sunday evening about 7:30, aged 72 years. She had been sick with the grip, which developed into pneumonia, resulting in her death. When her symptoms became serious, her absent children were telegraphed for and were present at her death. She leaves seven living children, Mr. Samuel K. Dick, of Houston, Texas; Mr. Hal B. Dick, of Marietta; Mrs. S. W. Graves, of Knoxville, Tenn.; Mrs. John A. Smith, of Gainesville, Ga.; Mrs. W. P. Inman, Mrs. George Hynds and Mrs. C. R. Harris, of Atlanta. Messrs. Ben R., Joe P., and James Legg, of this place are nephews of the deceased. Mrs. Dick was a consistent member of the Presbyterian Church, and lived religion in all its holy essentials. She had lived to a good old age, and her life had been useful and helpful. While her death saddens loving hearts, yet to die was gain of the eternal reward for the good in heart. To the bereaved we tender our sympathy. The funeral services were held at the family residence Monday afternoon at 3 o'clock, Rev. J. H. Patton and Dr. D. L. Buttolph officiating. The remains of the deceased were carried to Rome on Tuesday morning, where they were placed by the side of the grave of her husband who had gone before. 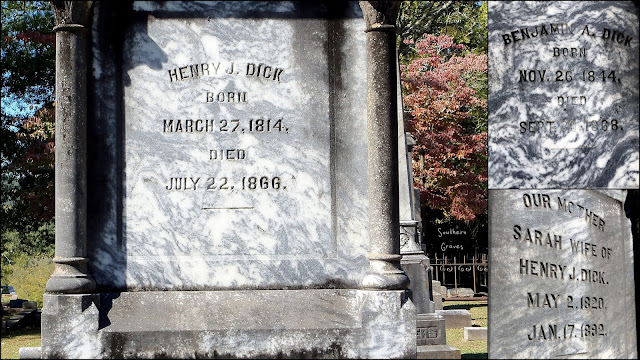 Some years ago, I posted a transcription of an obituary for Harriet Cordelia Dick Inman (1840-1902). She was a daughter of Henry and Sarah, and wife of Walker Patterson Inman (1828-1907). Harriet's final resting place was Oakland Cemetery in Atlanta. 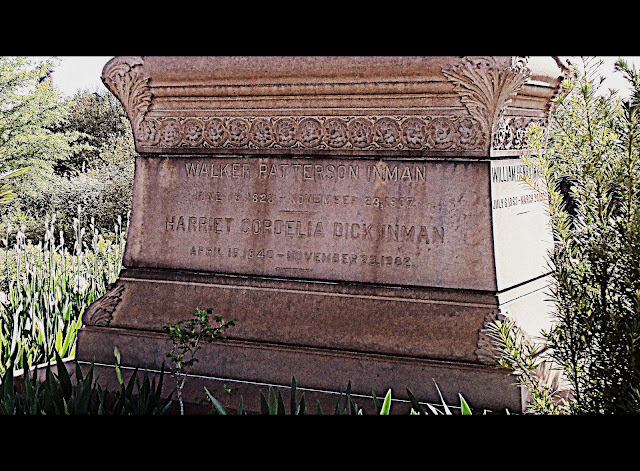