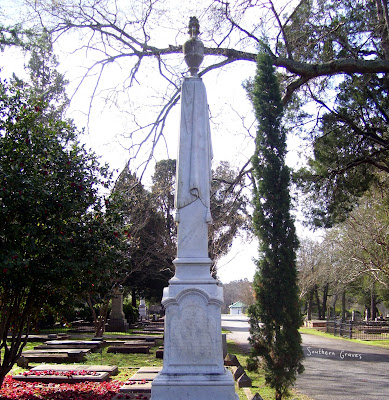 
WOUNDED.
Lieut. Col. John M. Brown of the State Troops, was wounded in the battle of Peachtree Creek whilst leading his regiment. He is brother to the Governor and is now at the Executive Mansion, and not expected to live.

It's likely that several days passed before people farther from Milledgeville learned of the death of this brother of the Georgia governor. 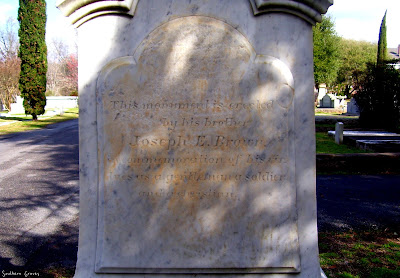 DEATH OF LT. COL. BROWN. -- In the battle near Atlanta on 22d ult., Lieut. Col. John M. Brown was severely wounded, and was brought to the Executive Mansion in this city, where he died on Monday. This is the second brother which the Governor of Georgia has lost in the present war.

We learn that Col. Brown was about twenty-five years of age, and was a gallant officer. He had been wounded at Resaca, and though suffering, would not be separated from his Regiment, the command of which devolved on him in the late engagement where he received his death wound.

The funeral service took place at the Executive Mansion on Tuesday afternoon, and were led by the Rev. S. E. Brooks of the Baptist church, who was assisted at the grave by the Rev. Wm. Flinn of the Presbyterian Church. A large procession of citizens and visitors followed the remains to the Cemetary. [sic] The venerable father of the deceased was present in the group of mourners. -- Milledgeville Recorder.

The other brother the governor lost was George W. M. Brown (1841-1861). He was buried at Sixes Methodist Church Cemetery in Canton, Cherokee County, GA. 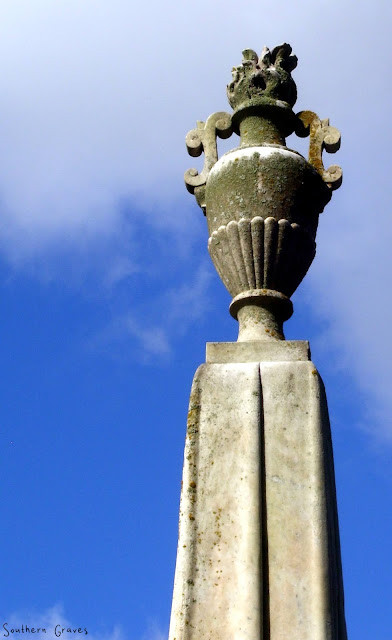 Returning to John, he was buried at Memory Hill Cemetery in Milledgeville. The Georgia Governor had a tall, draped obelisk placed in East Side, Section E, Lot 1. Atop the obelisk is an urn with a protruding flame. Inscriptions can be found on three sides of the marker base:

Col. Brown fell wounded in the battle before Atlanta 22 July 1864 while gallantly leading his Regiment in a charge on a battrey of Federal Artillary. He was a warm hearted Southern man and won his rank earley by his repeated acts of heroism and his chivalrous bearing in defence of his native state. Wherever he met the invading forces who were regarded her enemies, he never failed to strike in her defence.

This monument is erected by his brother Joseph E. Brown, in commemoration of his virtues as a gentleman, a soldier and a christian.