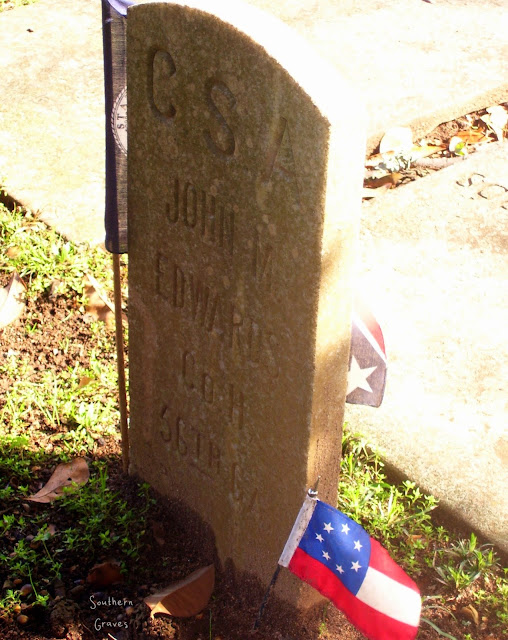 Capt. Edwards was laid to rest in Memory Hill Cemetery at Milledgeville, Baldwin County, Georgia. His wife, at least two children, and at least one brother are in the same lot (East Side, Section E, Lot 12).

He was a veteran of the war and served throughout the conflict gallantly in the Confederate army and won distinction, fighting through the siege of Vicksburg.

He was especially prominent in Baldwin County politics and for years served in the county as treasurer. Captain Edwards was also prominent in secret order circles and was a member of the Masons, Knights Templar and Mystic Shrine.

Capt. Edwards was 67 years of age, and is survived by a wife and three children -- Hines M. and William Edwards and Miss Bessie Edwards. He also is survived by cousins in Atlanta, Mr. and Mrs. Theodore W. Martin. Capt. Jack Edwards, a brother of the deceased, is a prominent citizen of Decatur, Ala., where he is connected with the Louisville and Nashville road. Mrs. Ann Kidd, a sister, lives in Milledgeville, as do two brothers, Warren and George Edwards.

The remains left here tonight for Milledgeville, where they will be buried.