Distressing Fatalities in the Family of Samuel Walker

By S. Lincecum 05 November
Samuel Walker was born in Putnam County, Georgia on 4 September 1835. Nine days after his 61st birthday, Samuel had a "stroke of apoplexy," and doctors labeled him "critically ill." Two days later, Samuel was dead. He died in Milledgeville, GA on 15 September 1896 and was buried in Memory Hill Cemetery. 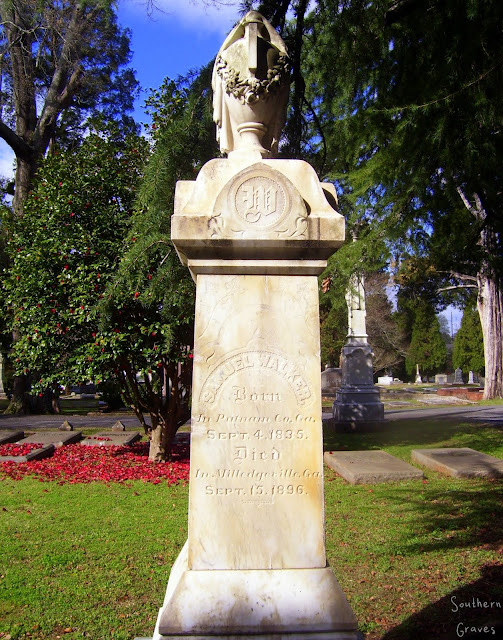 Another gravestone in the same lot stands as a reminder to what I am sure was a particularly bad year for Samuel. The year was 1873 and in the span of one week, Samuel lost a son, a wife, and a niece to sickness. The tragedy was noted in local newspapers. 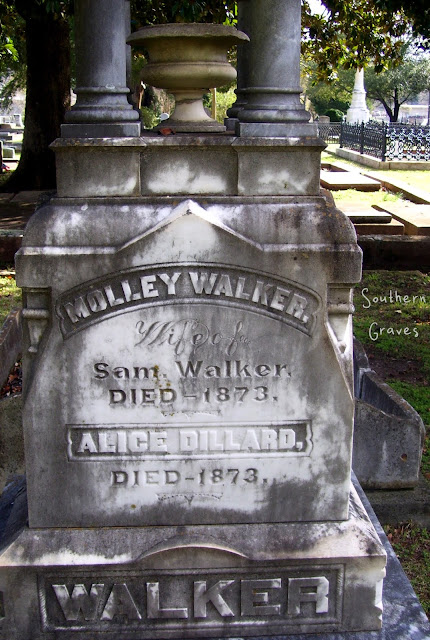 
DISTRESSING FATALITY. -- We mentioned in our last issue that Joel Walker, son of Samuel Walker, died on Monday night of last week, of meningetis [sic] contracted at Mercer College. On Wednesday, Alice Dillard, a niece of Mrs. Walker, a lovely girl of about twelve years of age, died; and on Friday, Mrs. Walker also died of the same fatal and fearful disease. Thus, in one short week has death claimed three victims in the same household, leaving only one -- Mr. Samuel Walker -- remaining. Mrs. Walker was a very amiable and highly accomplished lady -- beloved by all who knew her -- and her sudden death has filled the community with deep sorrow. We tender Mr. Walker our heartfelt condolence amid these overwhelming afflictions.

For context, here's the news item published prior in the Union & Recorder (Milledgeville, GA) regarding Samuel's son:


Meningetis. [sic]
We regret to learn that this dreadful disease has made its appearance in this city. Joel Walker, son of Mr. Samuel Walker, died on Monday night. he returned from Macon last week, where he was attending Mercer College, where it is supposed he contracted the disease.

Joel was buried in Sanford Family Cemetery at Sandy Run, Hancock County, GA near a previous wife of Samuel's. Image directly below by Patty Shreve, via FindAGrave. 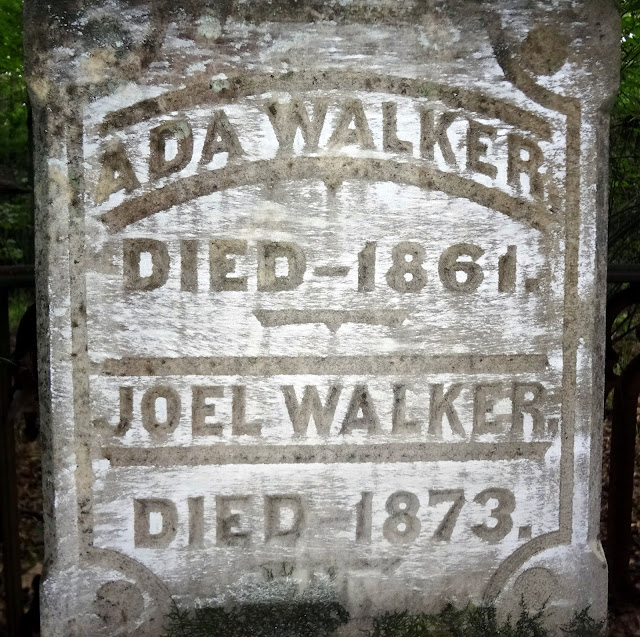 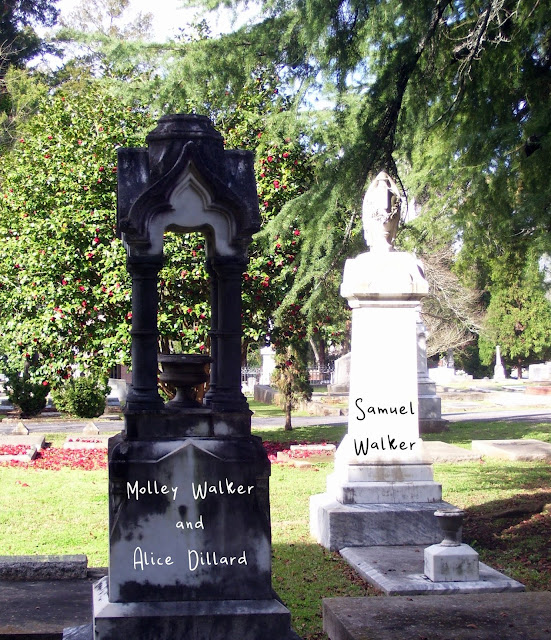