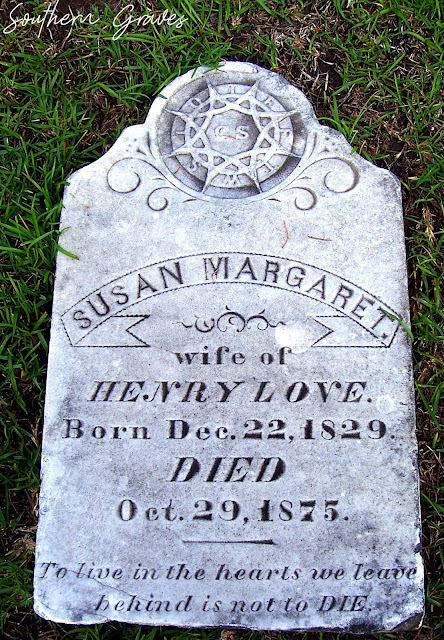 Susan M. Dawsey, Spinster, married Henry Love 11 November 1847 -- about five weeks before her eighteenth birthday -- in Chatham County, Georgia. Upon Susan's death in 1875, she was buried in Oaklawn Cemetery at Fort Valley, Houston (now Peach) County, GA. This final resting place may seem odd since the couple seemed to spend the majority of life together farther south. For the 1850 and 1860 censuses, Henry and Susan were counted in Effingham County, GA. In 1870, they were in Glynn County.
The Fort Valley connection coincides with the American Civil War. In August 1863, Georgia Governor Joe Brown appointed Henry Love captain of the Fort Valley Cavalry. This unit was organized for local defense, and Henry's stint was scheduled to last six months.
Houston County, GA is also where Mr. and Mrs. Love's daughter Laura (1851-1890) married Robert Braswell (1847-1920) in 1866. He was a son of Sarah Ann Mims and William Braswell. [Another child of Henry and Susan was Olin P. Love.]
Let's turn to Sarah's gravestone in Oaklawn Cemetery. I was unfamiliar with the symbol at the top of it.
Thanks to a tweet by Traci Rylands at Adventures in Cemetery Hopping, I received some education. (Tip of the hat also to Mr. Daren Brabham, who replied to that tweet.) The symbol on Susan's gravestone is the signet of the Good Samaritan.
According to History of the Order of the Eastern Star, the Good Samaritan is --

...an honorary or side degree conferred in the United States with a rather impressive ceremony. The passages of Scripture upon which it is based are Luke X:30-37, inclusive. It is not connected with Masonic traditions, but draws its allusions from the fate of Lot's wife, and from the parable of the Good Samaritan related in the Gospels. The passages of Scripture which refer to these events are read during the ceremony of initiation.

The Good Samaritan degree is "conferred only on Royal Arch Masons and their wives," and those who possess this degree ascribe "much dignity and importance" to it.
The signet of the Good Samaritan is "usually of a circular form...having around its rim these letters: E. F. I. W. S. T. O. L." In the annotated example above, if you start with the top letter and read counter-clockwise, you will see Lots Wife. In the center are the letters GS.
See also: "Women's Relief Corps, Order of the Eastern Star, & Mother Enterprise." 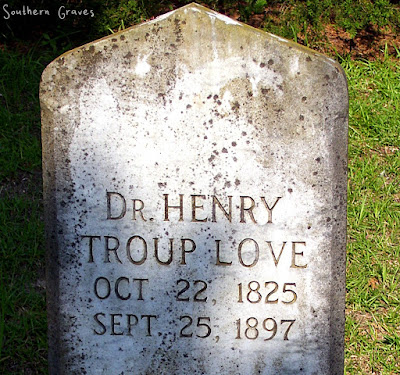