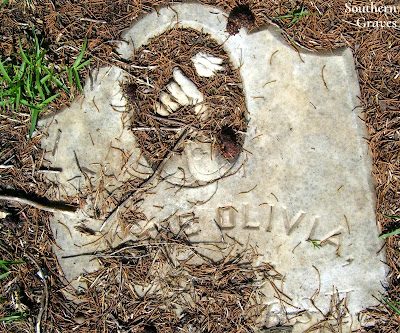 The death of Mrs. W. M. Kersh, which occurred at her residence in this place on Tursday [sic] evening last, about nine o'clock, was not unexpected; as, for the past few weeks of her illness, but little hope has been entertained of her recovery.

She has been sick for a long time, and at times her suffering was almost beyond endurance, yet she bore it all with a christian resignation and fortitude worthy of her true character as a follower of Christ. Mrs. Kersh has been a resident of our town for the past seven years, and had made many warm and admiring friends among our people, with whom her death has been the source of great sadness. A large concourse of friends followed her remains to Oak Lawn Cemetery, where they were interred on Friday evening last. We, together with the entire community, deeply sympathize with the bereaved family in their sad affliction. -- Fort Valley Advertiser.

Before moving to Fort Valley, Mr. and Mrs. Kersh were residents of Perry, and our people will regret to learn of [the] death of a lady so well known and highly esteemed.

Hattie was born in Barnwell County, South Carolina 2 February 1841. According to the 1880 Houston County, Georgia Federal census mortality schedule, Hattie O. died in May of that year due to "inflammation of bowels." She left behind a husband and at least one son, both named William. 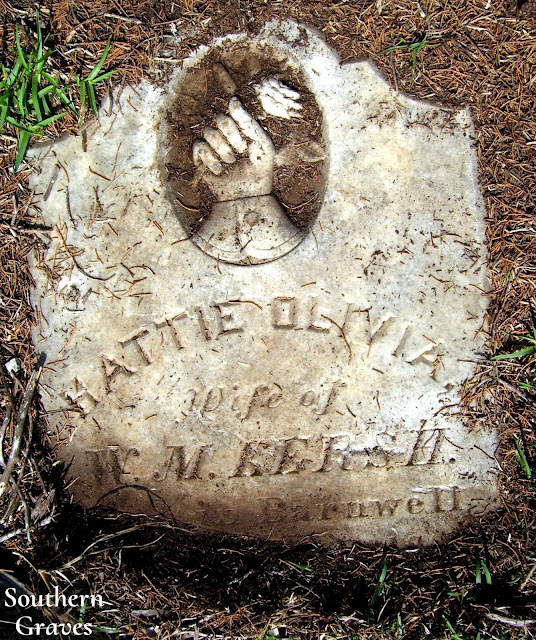 Images above were taken when I visited Oak Lawn Cemetery in 2010. An image containing more of Hattie's stone may be found with her FindAGrave memorial here.