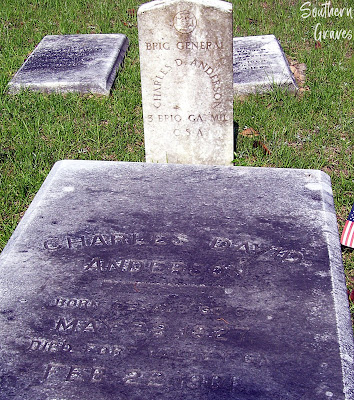 Charles David Anderson was born 22 May 1827 in DeKalb County, Georgia to William Robert Anderson and Annie Coker. Charles married Mary Caroline Hiley about 1851, and the couple had at least six children.

After a life that included Civil War service on the side of the Confederacy "conspicuous for its bravery," Charles died on 22 February 1901 in Fort Valley, GA. He was buried there in Oaklawn Cemetery. Per Wikipedia --

Anderson participated in the Maryland Campaign in the fall of 1862, fighting during the Battle of Antietam on September 17. In the fight he was wounded and captured by Union forces, and exchanged later that year. Upon release Anderson was promoted to major, effective back to the date of the Battle of Antietam...

In 1863 Anderson participated in the Chancellorsville Campaign and was seriously wounded on May 3. He was hit in his shoulder, his abdomen, as well as his left hand, losing a finger in the process...Upon returning home to Georgia, Anderson was appointed aide-de-camp to Gov. Joseph E. Brown. 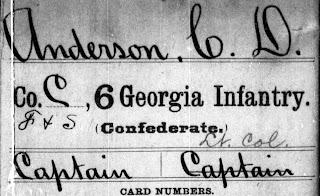 During the summer of 1864 Anderson was appointed colonel of the 5th Georgia Militia, and by May he was promoted to brigadier general and given command of the 3rd Georgia Militia Brigade. His force was sent to augment the Army of Tennessee following the Battle of Kennesaw Mountain in late June, and served throughout the remainder of the Atlanta Campaign...When Atlanta fell the militia forces were detached from the Army of Tennessee and served during Sherman's March to the Sea that winter. He was part of the Confederate attack in the Battle of Griswoldville on November 22, where 'Leading his brigade, Anderson had his clothes riddled with bullets and his horse was shot out from under him; his coolness and precision in that unfortunate battle were marked.'

Gen. Anderson Dead.
Last Saturday Gen. Charles D. Anderson died of paralysis at his home in Fort Valley.
He was 74 years of age, a man of strictest integrity, a gentleman under all circumstances, true to every trust, than whom no greater-hearted man ever lived anywhere.
He served with distinction in the Confederate war, and was advanced to the rank of Brigadier-General. For many years he successfully conducted a warehouse business, at Fort Valley and in Macon. He earned and held the complete confidence of all who knew him, and several times he was elected to county office in [Houston,] serving successive as tax receiver and tax collector.
A year or more ago he suffered from a stroke of partial paralysis, and he never fully recovered his health. The fatal stroke of last Saturday was not entirely unexpected by those who best knew his physical condition.
Few men had more friends, though Gen. Anderson was firm in his convictions, and positive in his expressions.
He leaves a devoted wife, two sons and a daughter, and with these bereaved ones their many friends sincerely sympathise. 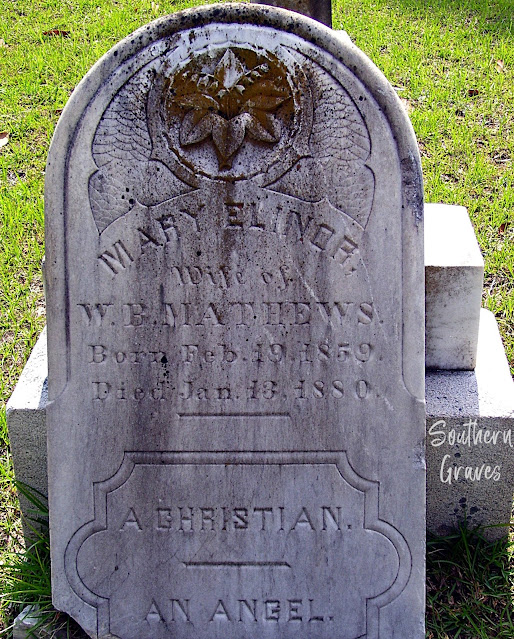