Thomas Jefferson Gurr: Another of the "Immortal 600" Found in Middle Georgia 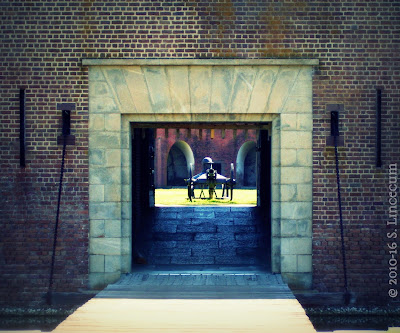 4+ years ago I wrote about 1st Lieut. Eugene C. Jeffers and his status as one of the "Immortal 600." I first learned about this Civil War history when visiting Fort Pulaski some 10 or more years ago. An informational marker at the National Monument provided the following:

The Immortal 600 were a group of Confederate officers held as prisoners of war at Fort Pulaski during the bitterly cold winter of 1864-1865. They were moved here from Charleston where they had been placed in the line of artillery fire in retaliation for what was viewed as similar treatment of Union POW's.
The fallen officers endured many hardships, including a six-week diet of rancid cornmeal and pickles…From dysentery, chronic diarrhea, scurvy, and pneumonia, thirteen of the prisoners died while here at Fort Pulaski.

The story of the Immortal 600 began on August 20, 1864, when a chosen group of 600 Confederate prisoners of war were transferred from the Fort Delaware Prison to Federally-occupied Morris Island, South Carolina. The purpose of the move was to place these men into a cramped stockade in front of Union artillery positions, to literally use these prisoners as human shields. There they remained, in an open 1.5-acre pen, under the shelling of friendly Confederate artillery fire. Three men died on the starvation rations issued as retaliation for the conditions of the Union prisoners held at Andersonville, Georgia and Salisbury, North Carolina.
On October 21, after 45 days under fire, the weakened survivors were removed to Fort Pulaski, and crowded into the fort’s cold, damp casemates. For 42 days, a "retaliation ration" of 10 ounces of moldy cornmeal and soured onion pickles was the only food issued to the prisoners. Thirteen men died at Fort Pulaski, and five later died at Hilton Head Island, South Carolina. The remaining prisoners were returned to Fort Delaware on March 12, 1865, where an additional twenty-five died. The Immortal 600 became famous throughout the South for their adherence to principle and for refusing to take the Oath of Allegiance under extremely adverse circumstances. 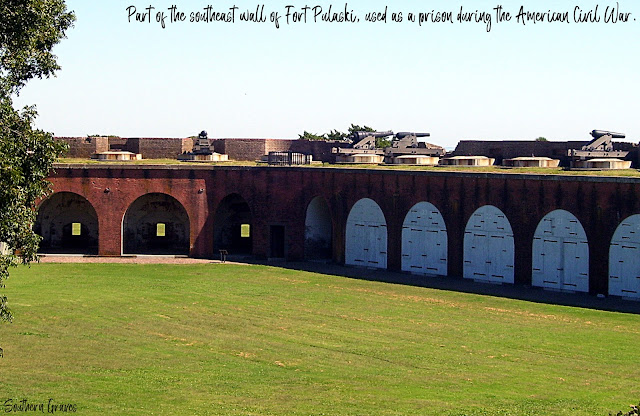 Thomas Jefferson Gurr lived and survived it all.
He was born 27 January 1838 to Samuel Gurr of South Carolina. In March 1862 at Starkville (now a ghost town) in Lee County, Georgia, Thomas enlisted on the side of the Confederates in Company B of the 51st Georgia Infantry. He was captured at Cold Harbor, Virginia 1 June 1864, and arrived at Fort Delaware before the end of that month.

Following along with his National Archives service record (compiled 1903-1927), we can see Thomas was part of the "Rebel Officers" forwarded to Hilton Head, South Carolina in August 1864. He was then received at Fort Pulaski after 45 days under fire in October 1864. After 42 days of a retaliation ration and witnessing the deaths of 13 fellow prisoners, Thomas was returned to Hilton Head and later received at Fort Delaware again in March 1865. Release finally came a few months later.
After surviving war and prison, Thomas returned home to Houston County, Georgia. There, on 4 February 1866, he married Saphrone Thompson. The couple had several children, and Thomas supported his family by working with the railroad. 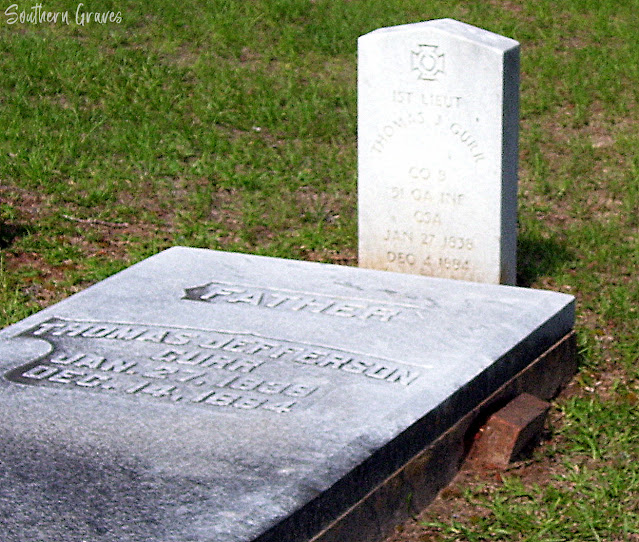 Thomas died 14 December 1884 and was buried in Oaklawn Cemetery at Fort Valley, Georgia.