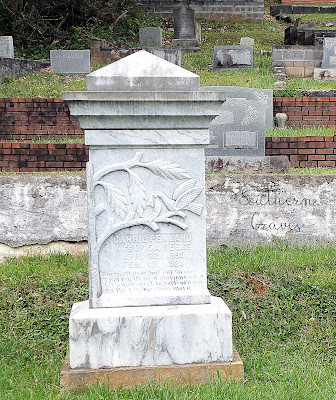 Carrie and Fred were married in Gilmer County on 19 December 1916. The couple had four children: Margaret, Ruby, Fred, and Frances.

On a Sunday in mid-February 1924, a couple months before her 29th birthday, Carrie committed suicide.

Mental disorder on account of a religious obsession is said to have been responsible for the act.

The children said that the mother came into the yard where they were at play and told them good-bye and that she then walked into the house and shot herself. The children stated that their mother acted strangely, and a note found in the Bible addressed to the husband and the oldest child indicated that the suicide was premeditated.

"I'm tired of this old sinful world, Meet me in heaven," the note read. 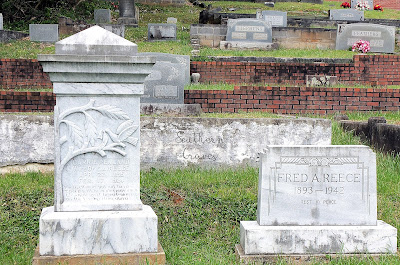 Mrs. Reece was the wife of Fred A. Reece, young merchant of East Ellijay, and was prominently connected. Her brother, S. O. Penland, is a Gilmer county representative in the state legislature, and her husband's father, W. K. Reece, is a former state senator from the forty-first district.

(*As an Amazon associate I earn from qualifying purchases.)