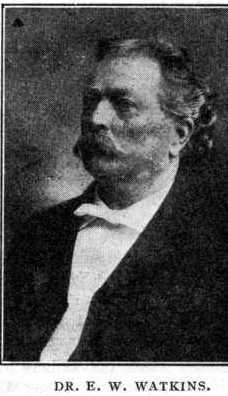 Edward Wills Watkins was born 25 September 1839 in Jackson County, Georgia to Robert H. and Margret Winters Watkins. Edward joined the Confederate States Army about 1862 and was a 2nd Lieutenant for Company D of the 6th Georgia Cavalry.
Nine months after the Civil War ended, Edward married Georgia Butt in Union County, Georgia. The couple had at least six children, two of which died in infancy. The four to reach adulthood were Estelle Watkins Edwards (1870-1910); Edward Wills Watkins, Jr. (1876-1963); Emory Clifford Watkins (1881-1960); and Claude G. Watkins (1884-1927).
Edward W. Watkins graduated from the Eclectic Medical Institute at Cincinnati, Ohio in 1867. According to the Lloyd Library & Museum --

Eclectic medicine was a branch of American medicine which made use of noninvasive therapies and healing practices popular in the latter half of the 19th and early 20th centuries. Eclectic medicine became a populist expansion of early American herbal medicine customs, such as those of Samuel Thomson and Native American medical traditions. The Eclectic physician aimed to provide healing therapies that were in harmony with the body's natural curative properties...They primarily used plant-based drugs that were indigenous to the United States. 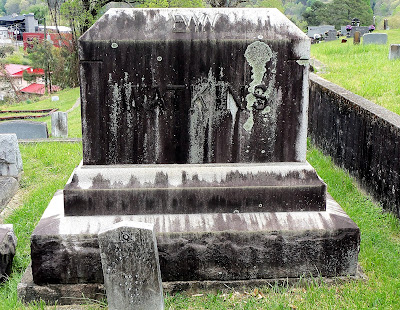 DR. E. W. WATKINS, EX-LEGISLATOR, DIES AT ELLIJAY
Ellijay, Ga., March 9. -- (Special.) Dr. E. W. Watkins, 84, former member of the Georgia legislature from Gilmer county, and a lieutenant in Wheeler's cavalry during the Civil war, died suddenly here today of heart failure.
Dr. Watkins attended the Methodist church, of which he was a member, this morning, and was though[t] to be in perfect health.
He was a Mason and a former mayor of Ellijay.
Funeral services will be held at the Ellijay cemetery at 10 o'clock Tuesday morning.
He is survived by his widow, formerly Miss Georgia Butt, of Blairsville; three sons, Dr. E. W. Watkins, Jr., of Ellijay; Dr. C. C. Watkins, Brooklet, and C. G. Watkins, of Brighton, Col., and a grandson, Watkins Edwards. 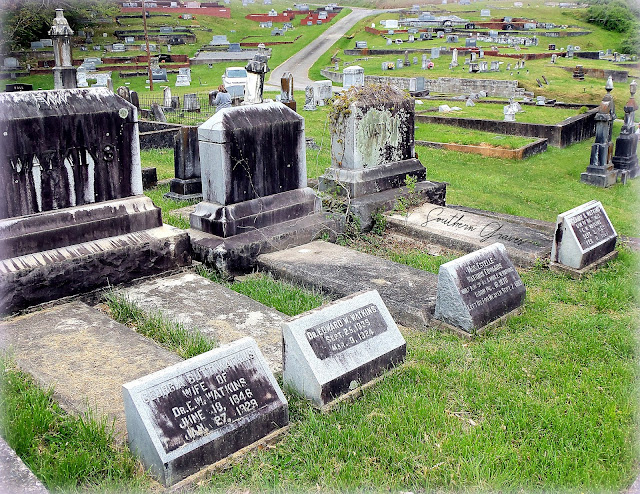 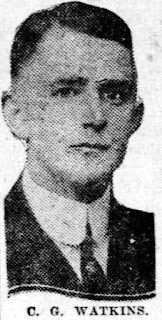 Funeral Tomorrow At Ellijay Church For Claude Watkins
Ellijay, Ga., February 14. -- (Special.) -- Funeral services will be held here Wednesday afternoon at 2 o'clock at the Methodist church for Claude G. Watkins, 42, native of Ellijay, who died Friday at his home at Brighton, Colo. Rev. W. T. Hunnicutt, of Atlanta and Dr. J. A. Sharp, of Young Harris, will conduct the service.
Mr. Watkins was a son of the late Dr. E. W. Watkins, Sr., and was educated in the Ellijay schools and at the University of Georgia. He served as mayor here two terms, resigning 10 years ago on account of his health, and moved to Colorado. He was a member of the Methodist church and of the Lions and Elks clubs.
He is survived by his mother and two brothers, Dr. E. W. Watkins, Jr., of Ellijay, and E. C. Watkins, of Brooklet, Ga.