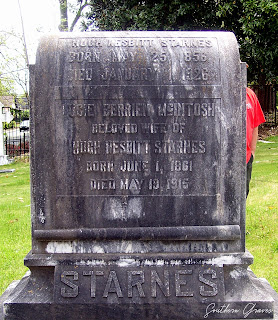 HUGH H. [sic] STARNES, FORMER AUGUSTANS, [sic] DIES IN ALABAMA
News has just reached Augusta of the death on January 1, of Hugh Nesbit Starnes, a prominent Georgian and former Augustan, in Birmingham, Ala. Mr. Starnes, who was connected with the National Cast Iron Pipe company, had been a resident of Birmingham for several years.
Mr. Starnes was about 70 years of age. Up to the time of his death he had been in good health and was a strong, active man.
He was the son of Ebenezer Starnes, a prominent judge and well known lawyer of Augusta. Hugh Starnes was born in Augusta, and was educated at the Richmond academy. He finished his training at the University of Georgia, and graduated at Athens with the class of 1875. This well known class had its fiftieth anniversary at Athens last commencement full of health and hope. Mr. Starnes was present. He had always taken a prominent part in these reunions.
At one time he lived in Savannah, and was secretary to Col. John Screven in 1878, who was at that time the receiver of the Atlantic & Gulf railroad. He was later professor of agriculture at the University of Georgia, and was afterward connected with the Georgia experimental station at Griffin.
He married Miss Lucy McIntosh of Savannah. She died several years ago. Several children survive him, among whom is Hugh N. Starnes, Jr., of Birmingham.
Hugh N. Starnes was a brainy, brave man. He was loyal to all of his friends, and few men were more learned, or had more accomplishments. 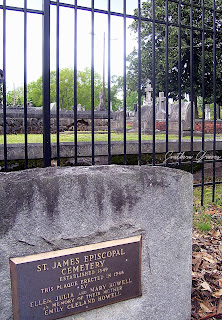 Another obituary published by the Birmingham News (Alabama) names additional children: Mrs. John S. Monroe, of Walker Park, Ga., Miss Eleanor Starnes, of Birmingham, and son B. M. Starnes, of Tampa, Fla. Burial was in St. James Episcopal Cemetery. Hugh and Lucie Berrien McIntosh Starnes (1861-1915) are memorialized on the same gravestone.
You may read about the National [American] Cast Iron Pipe Company, the largest individual iron pipe casting plant in the world, here.
(As an Amazon Associate I earn from qualifying purchases.)