By S. Lincecum 31 August
Yesterday, I shared the peculiarly sad story of the death of mother Marielle Nesbitt Glover and her 19-day-old daughter. Here you'll read two obituaries for the husband and father of that family -- Thomas Worth Glover. 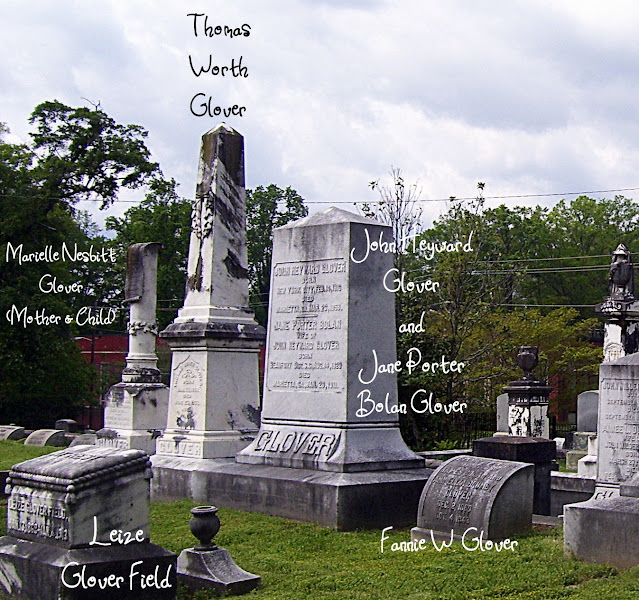 MORTUARY.
Hon. Thomas W. Glover, Marietta.
Marietta, Ga., June 23. -- (Special.) -- Hon. Thomas W. Glover died at his home here at 6 o'clock this evening, after an illness of several months. Mr. Glover was one of Marietta's most prominent citizens. He was a successful business man and has been a leading figure in politics. He served many times as mayor and for twenty years has held some official position in the county. He was 45 years of age at the time of his death. He was the youngest son of the late John H. Glover. He is survived by his mother and two brothers, Hon. J. B. Glover, of Marietta, and Hayward Glover, of Atlanta.

The End of a Strong Man.
The death at Marietta of Hon. Thomas W. Glover will braing pain and sincere regrets to a large number of the people of Georgia. He had made himself known and felt for two decades or more in local and state affairs, political and industrial, with a power and success peculiarly his own.
He was a man of strong will, strong friendships, strong purposes. Labor and he were daily companions and every word and deed was an endeavor to contribute to the welfare of the people and the state. To his friends and neighbors always genial and loyal, to good causes always liberal and to the public good always devoted and faithful, his death removes a substantial force from his family, hos town and the state.
Thousands will mourn what appears to our dull vision an untimely cessation of his labors and carry into the years to come generous memories of the strong, typical Georgian who now lies pulseless forever. To the stricken family a flood of sympathy is outpoured by those who were his fast friends and admirers.

Burial was in the Glover family lot at St. James Episcopal Cemetery in Marietta, Georgia. 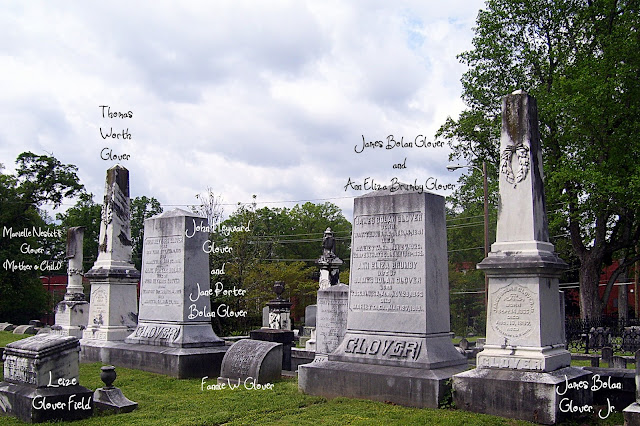