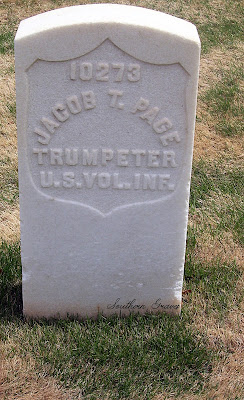 He was not immune.
Atlanta Constitution (Georgia)
Saturday, 6 May 1899

A DISCHARGED SOLDIER DIES.
Jacob Page, of Ray's Immune Regiment, Died at Fort McPherson Yesterday.
Jacob Page, a discharged soldier of Ray's immunes, died at the hospital at Fort McPherson Thursday night. He had been ill for some time.
He was a native of Winter Haven, Fla., and his relatives at that place were communicated with regarding the disposition of the body. Until a reply is received the body will remain at the undertaking establishment of Hilburn & Bowden.
It is probable that the body will be sent to the home of the deceased and that the interment will be at that place.

Another article published in the Macon Telegraph (Georgia) stated, "...upon instructions from [the family], the body was placed in a neat casket and shipped to Winter Haven for burial." However, a burial register and the Department of Veterans Affairs says he was interred at Marietta National Cemetery in Cobb County, Georgia. 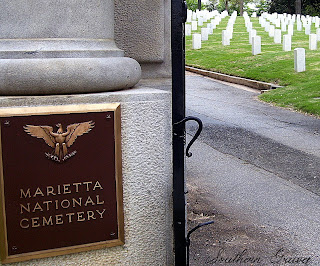 Jacob was a Trumpeter for Company C of the 3rd U.S. Volunteer Infantry during the Spanish-American War. He was a son of William F. Page.
Upon returning from their duties, the 3rd Volunteer Infantry ("Ray's Immunes") camped at Ocmulgee Park in Macon, Bibb County, Georgia. A local paper had this to say about how the soldiers looked:
"Nearly every man in the regiment bears evidence of his eight months' sojourn in Cuba. All of them are tanned and few, if any of them, weigh as much as when they left Macon. Nearly all of them have a thin, wan appearance, and as the hospital records show, nearly everyone [sic] of them has been sick. There were only eighteen cases of yellow fever in the regiment, however, and twelve of this number died. There were many cases of pernicious malarial fever and other forms peculiar to the tropics..."