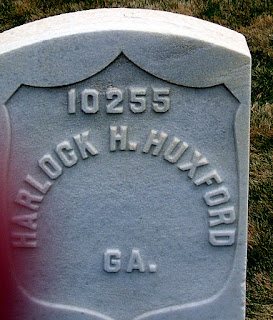 Death of Private Huxford.
Griffin, Ga., Sept. 28. -- Private Huxford of Capt. Gilbert's company, died at Camp Northen last night after a protracted illness of fever. Huxford is from Jesup, Ga. His remains left to-night for Marietta, and will be interred in the national cemetery to-morrow.

Harlock was born about 1867 in South Carolina to Peter and Lydia A. Huxford. He served with Company G, 3rd Georgia Infantry during the Spanish American War.
Savannah Morning News (Georgia)
Friday, 7 October 1898

DEATH OF GEORGIA SOLDIERS.
Private Wynn Dies at Camp Northen...
Griffin, Ga., Oct. 6. -- Private Macon Wynn of Company G died at Camp Northen this morning at 3 o'clock, from typhoid fever. Wynn's home is in Hamilton, Fla., and he enlisted in Capt. Gilbert's company in Albany. His remains were carried to Marietta to-night, and will be buried in the national cemetery... 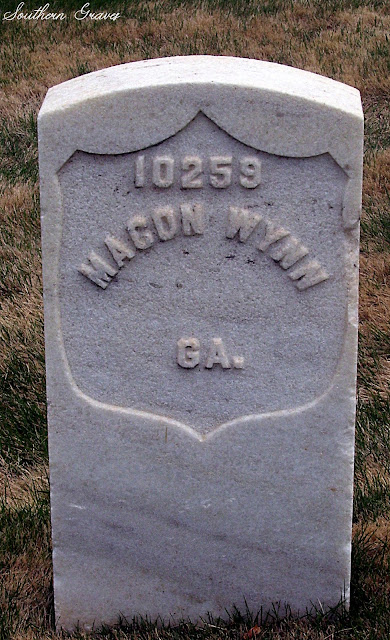 Macon was born about 1875 in Florida to James and Nancy Wynn. He served in the same unit as Harlock H. Huxford.
"Typhoid Fever was the Major Killer of American Soldiers During the Spanish-American War."
For an article published in the Spring 2000 edition of Army History Magazine, author Vincent J. Cirillo wrote the following:
"During the Spanish-American War, as in almost all previous wars, many more soldiers died from bacilli than from enemy bullets. For every American soldier who died in combat, more than seven died from disease...Nearly three-quarters of the deaths from disease occurred among volunteers stationed stateside, who had never been within a hundred miles of the enemy. American's national encampments proved more deadly than the Cuban battlefields." [Cirillo is the author of Bullets and Bacilli: The Spanish-American War and Military Medicine*.]


(*As an Amazon Associate I earn from qualifying purchases.)