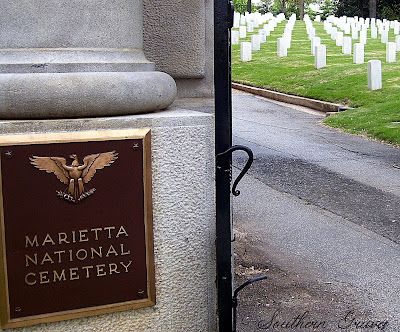 Henry Greene Cole (1815-1875) provided the land for the Marietta National Cemetery in Cobb County, Georgia. Per the U.S. Department of Veterans Affairs -

Henry Cole, a local merchant who remained loyal to the Union throughout the war, offered land for a burial ground for both Union and Confederate dead. His hope was that by honoring those who had fallen together, others might learn to live in peace. Unfortunately, both sides clung to their bitterness and neither North nor South would accept Cole's offer toward reconciliation. When this effort failed, 24 acres were offered to General George H. Thomas for use of a national cemetery. In 1867 a second offer of land by Cole was accepted and a subsequent purchase of additional acreage in 1870 brought the cemetery to its present size of a little over 23 acres.

A stipulation of the land transfer was the Cole family would retain a burial plot on the property. 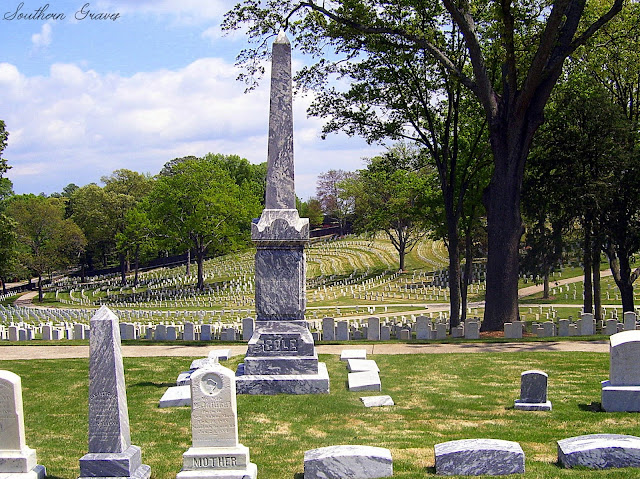 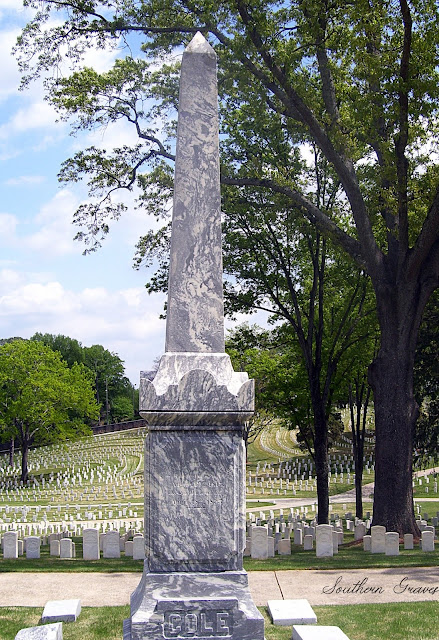 Death of Henry G. Cole.
Mr. Henry G. Cole, died at his residence, in this place, last Sunday night, of heart disease, after a long and painful illness. He was buried from the Episcopal Church Tuesday evening. Mr. Cole has been a resident of Marietta over thirty years, and at the time of his demise owned a large amount of property. During the war he was a 'Union man,' but he will be gratefully remembered by many a widow and soldiers' wife for benevolent acts and kindly assistance. At one time since the war he was an opponent of General Young for Congress. He was a man of his own peculiar views, but consistent in his principles. He was a useful citizen and leaves a wife and several children to mourn his loss. He was 59 years and eight months old. Peace to his ashes.