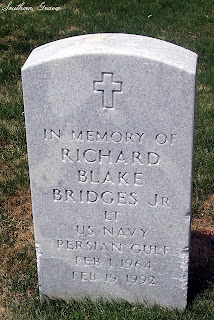 And by different, I simply mean not of the Latin (Christian) Cross variety (pictured at right).
Currently, there are 78 different emblems of belief available to be etched on a United States government-issued "headstone or marker." The only other graphics permitted in addition to the emblems of belief are "the Civil War Union Shield, the Civil War Confederate Southern Cross of Honor, and the Medal of Honor insignias." Examples of these are at the bottom of this post.
According to the National Cemetery Administration -
"An emblem of belief for inscription on a Government headstone or marker is an emblem or symbol that represents the sincerely held belief of the decedent that constituted a religion or the functional equivalent of religion and was believed and/or accepted as true by that individual during his or her life. The belief represented by an emblem need not be associated with or endorsed by a group or organization."
Here are three examples of emblems of belief that are not the common Christian Cross.


Examples of other permitted graphics in addition to emblems of belief on U.S. government-issued headstones or markers: